State Budget gets tick from Bell 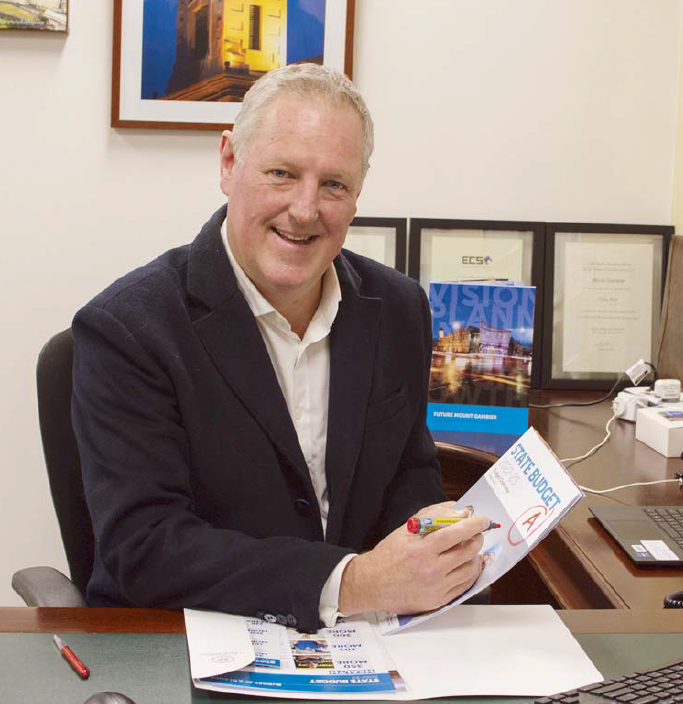 THE State budget has received a nine out of 10 from Member for Mount Gambier Troy Bell who said it was the best investment he had seen for the region during his political career.

Mr Bell said the investment of more than $100m into Mount Gambier and surrounding areas was a fantastic opportunity for the community to grow and prosper and he was pleased the current Government had focused on the region.

He said this year's budget was better than last year's, labelling the 2021/22 budget as an "absolute disaster" for the region.

"Last year in total we received $2.3m for the Limestone Coast and I rate that a one out of ten," Mr Bell said.

"This year's budget is a nine out of ten and I would say ten out of ten but I want to leave some room for future budgets to do even better." He said the only area which needed more work was road infrastructure with only statewide funding packages announced.

"We want to attract funding around roads to the Limestone Coast and people only need to cast their minds back to last winter where our roads were falling apart from potholes," Mr Bell said.

"I am looking forward to working with this Government over the next four years and everything Peter Malinauskas has said to me so far he has delivered and recommitted it which we are seeing in black and white in the budget.

"The $100m is just what we have secured so far and there is plenty more that will secure with the Government in the future and we will keep getting the benefit out of it." Alongside celebrating the funding commitment for the upgrade of the Mount Gambier and District Hospital emergency department, Mr Bell said he also looked forward to welcoming specialist autism support officers in all primary schools and the investment into better public transport.

"I am really excited about this budget and I think it is a great budget for regional South Australia, particularly Mount Gambier," he said.

"I am looking forward to seeing how we can maximise the opportunities."