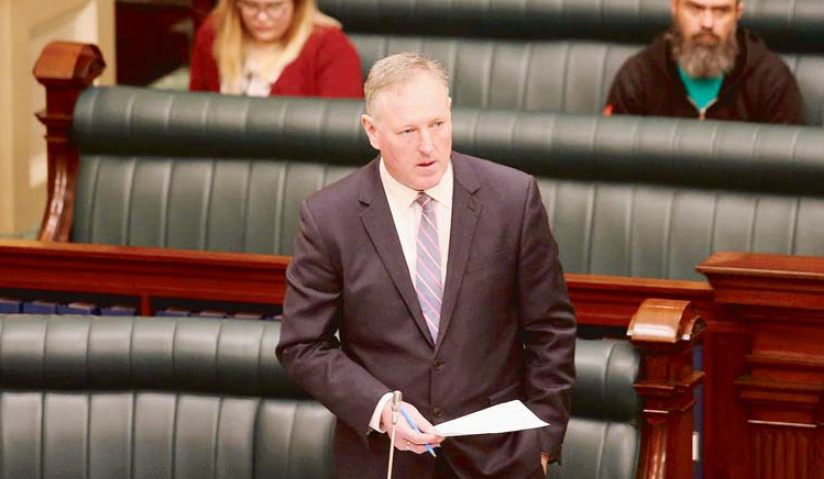 MEMBER for Mount Gambier Troy Bell will not be supporting a Green's Bill on rent capping when it is presented to State Parliament next week.

Labelling the Bill as a "positive step" that the Greens have taken in highlighting the issue of rent increases, Mr Bell said price controls would have "unintended consequences" in discouraging future investors from building rental properties.

"The focus should be on increasing the supply of housing across the State, not discouraging people from investing in more residential housing," Mr Bell said.

"If we wanted to get serious about the availability of housing stock, we need to start a conversation around the number of Airbnb properties that would traditionally be rented out to long-term residents." He said that within Mount Gambier there were roughly 230 properties listed as Airbnb accommodation, many of which remained vacant for periods of time during the week but generated a greater return while also providing flexibility by higher nightly rates compared to what could be made by renting out long-term.

"There is no doubt we are facing a rental crisis in this State but imposing rent caps will only drive private investment out of the sector and that is the last thing we want to be doing," he said.

"If we cap the amount landlords can charge, at some point people won't invest and we will then have even less properties built." Acknowledging the rental crisis, Mr Bell said there needed to be more rental housing supplied and reiterated his support for a recent announcement that 16 homes will be built in Mount Gambier along with maintenance on unoccupied properties to make them rentable.

"Although I do not support the Bill, I am interested to listen to the debate and continue working with the Federal and State Government on cost of living pressures which are significant at the moment," Mr Bell said.

Mount Gambier pensioner Paul Sundstrom said he believed the rent increases should reach a maximum of 10 per cent each year after recently being priced out of his home of four years.

Last week, The Border Watch reported Mr Sundstrom had to relocate to a retirement home early due to rental increases, however since then, he had been pushed back into the rental market. Instead, Mr Sundstrom found an alternative property through Frank Kaiser Property Management and relies on his family to financially support him.

"I think that rent capping is a good idea but it shouldn't go up more than 10 per cent each year because that way those who are renting could budget for it," Mr Sundstrom said.

"At least then those like me who are on a pension could budget properly because at the moment we are at the mercy of the landlords." He said if rent capping was passed, tenants would have an idea on how much their rent could increase by and would be able to prepare.

"If my rent for the home I am in now was only increased by 10 per cent then I would be able to afford to still live here," he said.