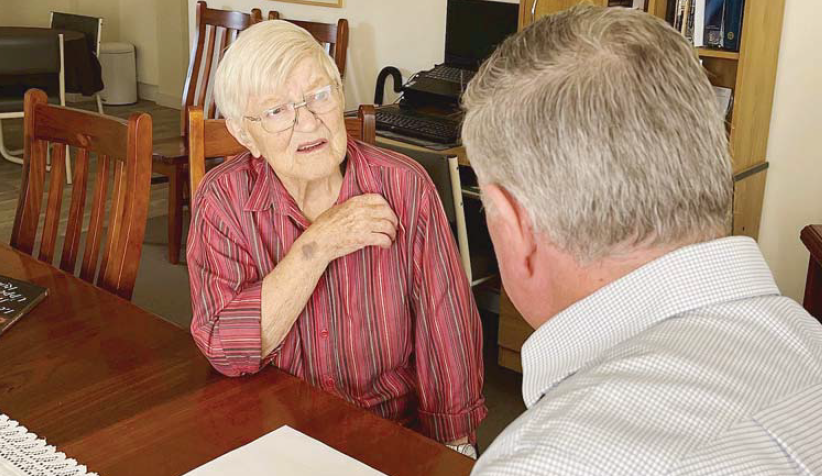 MEMBER for Mount Gambier Troy Bell has called for greater transparency and cooperation between the State Government, SAAS and the RFDS after two Limestone Coast residents were left waiting hours for hospital transfers.

She was transported with the RFDS from Mount Gambier to Adelaide for treatment, arriving at 10pm at night, but was not transported by South Australian Ambulance Service (SAAS) transported to the Flinders Medical Centre until 8am the following day.

Mount Gambier woman, Joan Tremelling was also left waiting in a wheelchair for around eight hours after urgent medical treatment in April for a commercial flight back to Mount Gambier from Adelaide, after initially being told the RFDS would return her.

Instead she had to book her own commercial flight home, and was told she should apply for the Patient Assistance Transport Scheme to help her pay for the flight.

Meeting with RFDS representatives in Adelaide, Mr Bell said he learned of an agreement between SAAS and the State Government stipulating they are the contracted authority for transporting patients.

Mr Bell said regional patients in particular were reliant on the service provided by the RFDS and SAAS and were being unfairly impacted by the agreement.

"I'm not being critical of the RFDS or SAAS, who provide an excellent service for regional people in need of medical assistance," he said.

"But it's clear there's a need for transparency with these arrangements with the State Government and it's probably time for a review and overhaul." At the meeting, Mr Bell also raised the potential of empty RFDS planes arriving in Mount Gambier to fly patients to Adelaide being utilised for transporting discharged patients home.

"Mr Bell said the 90-year-old resident deserved better treatment and it would have been a simple matter for the RDFS to fly her home.

"Instead of discharged patients having to make their own way home, it makes sense to utilise these planes, which are arriving in Mount Gambier up to three times a day, to fly patients back to Mount Gambier," Mr Bell said.

"The facilities at the RFDS Adelaide base are outstanding and people would be able to wait in comfort until the next available flight was heading our way."